*Please note this website is optimized for pc view only 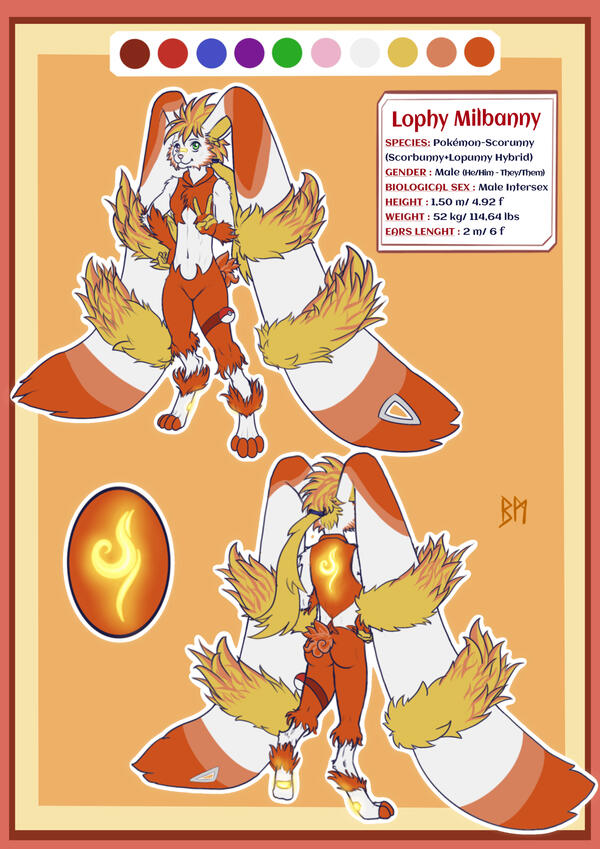 - Ears:
Huge long ears, always drags them on the ground, he doesn't mind it, but sometimes he trips because someone steps on them or the piercings gets stuck on something. When he's cold he uses them like a scarf for himself or others. Usually his ears get even longer during full moon, sometimes becoming two or three times the original size, but it's temporary. (From Lophy's perspective) Left ear is yellow inside, right ear is secondary orange.- Paws:
His paws are constantly warm, usually at a minimum of 40°C/104°F degrees. He can control the temperature to make them reach extremly hot temperatures, but it's impossible to get them cold or at normal body temperatures.- Pokéball:
The Pokéball he always brings with him, strapped at his leg, it's his own Pokéball and he can be stored and carried on it, even tho he doesn't like to stay in there unless he wants to stay alone. He does have control on it but if someone takes it then it's under their will if he will stay inside or outsite the pokéball.

© SecondCategoryHuman. All rights reserved. Images by relative artists, credits can be found on my FurAffinity page. 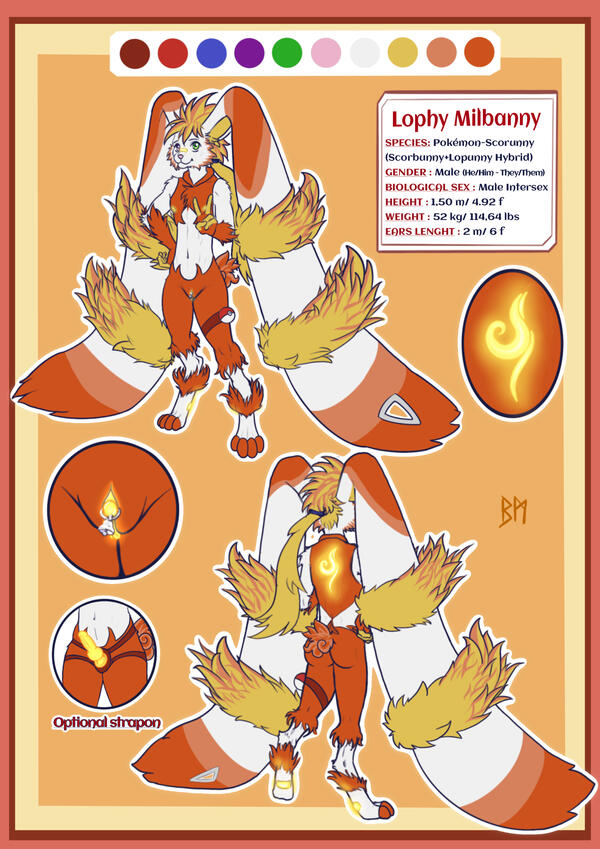 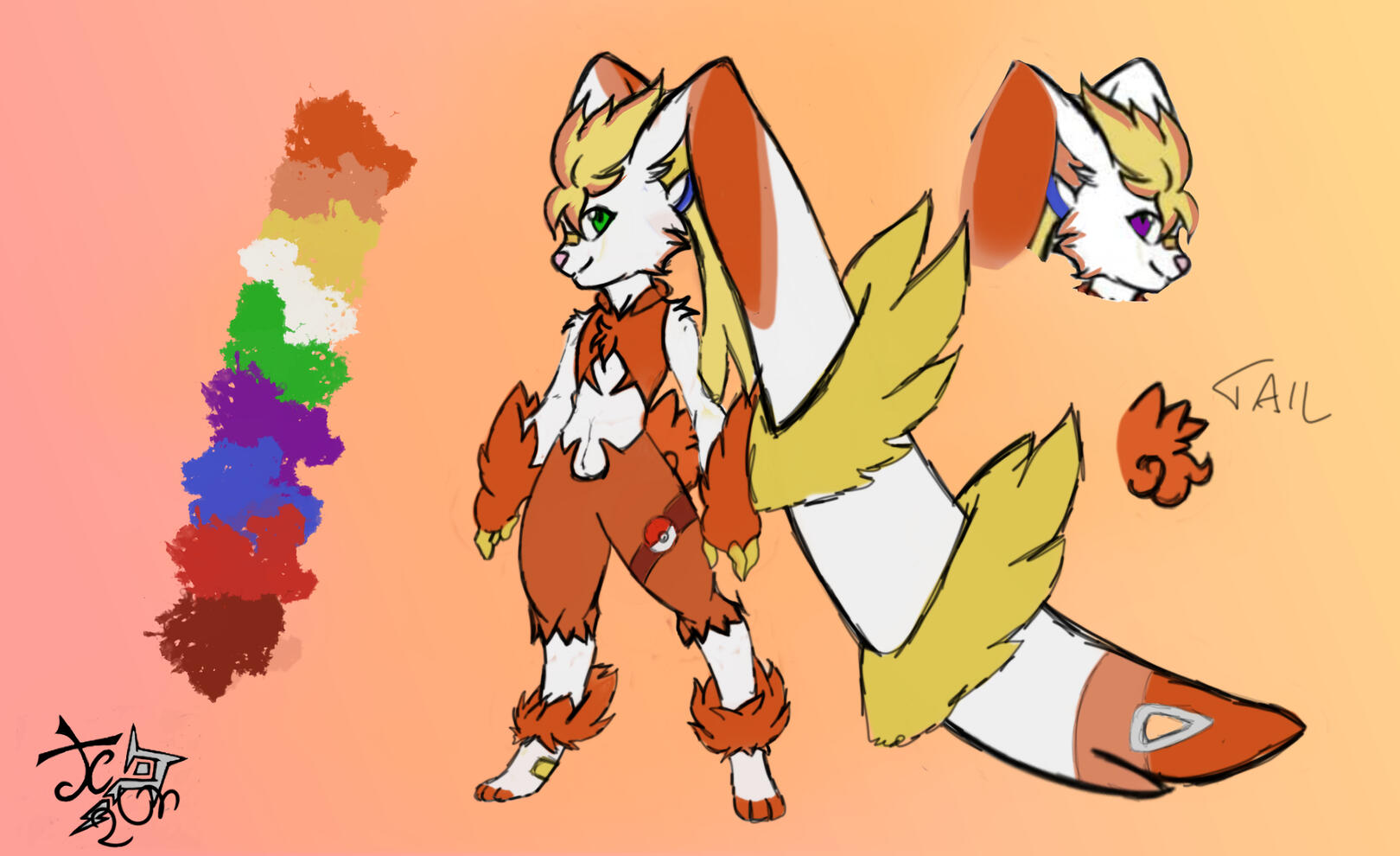